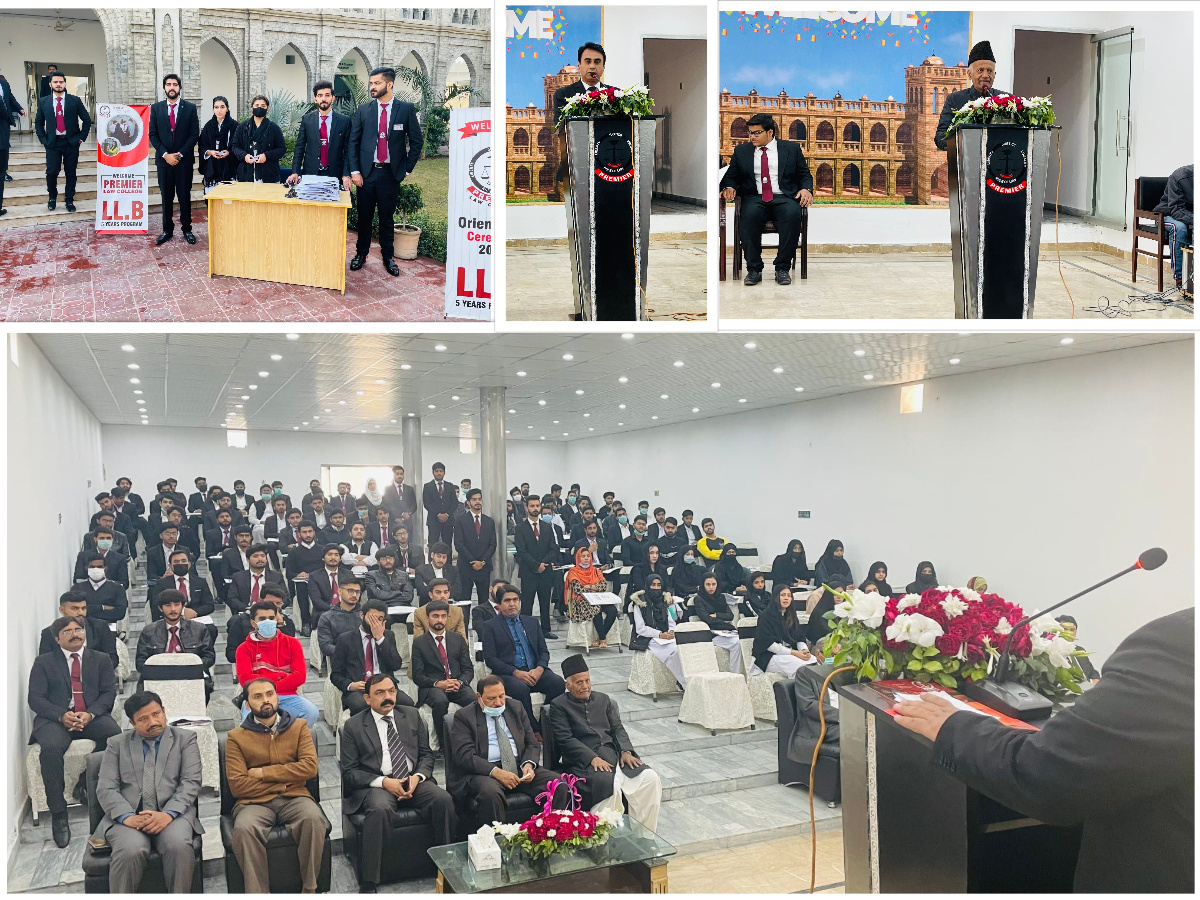 Orientation of the Newly-Admitted students in Premier Law College

Gujranwala: Premier Law College, Gujranwala on December 03, 2021 held orientation ceremony of the newly-admitted students. The ceremony was held at the Mian Shamim Ahmad Auditorium of Premier Law College, which was attended by students from different areas from Gujranwala City and its surroundings. The newly-admitted batch of 100 students for LL.B will study next five years in the premises of college.

Speaking on this occasion the Director, Mr. Saleem Shaheen introduced then the newly admitted studetns with norms and values of the Premier Law College. In addition, the principal of college, District Retired Session Judge, Mian Muhammad Anwar advised the students to focus on the studies develop their future. Member Advisory Council, District Retired Session Judge, Rao Sultan urged students to develop friendship with legal books and become an excellent lawyer upon passing out.

The students were given a brief tour of the college, before refreshment and provided time-table for the classes.