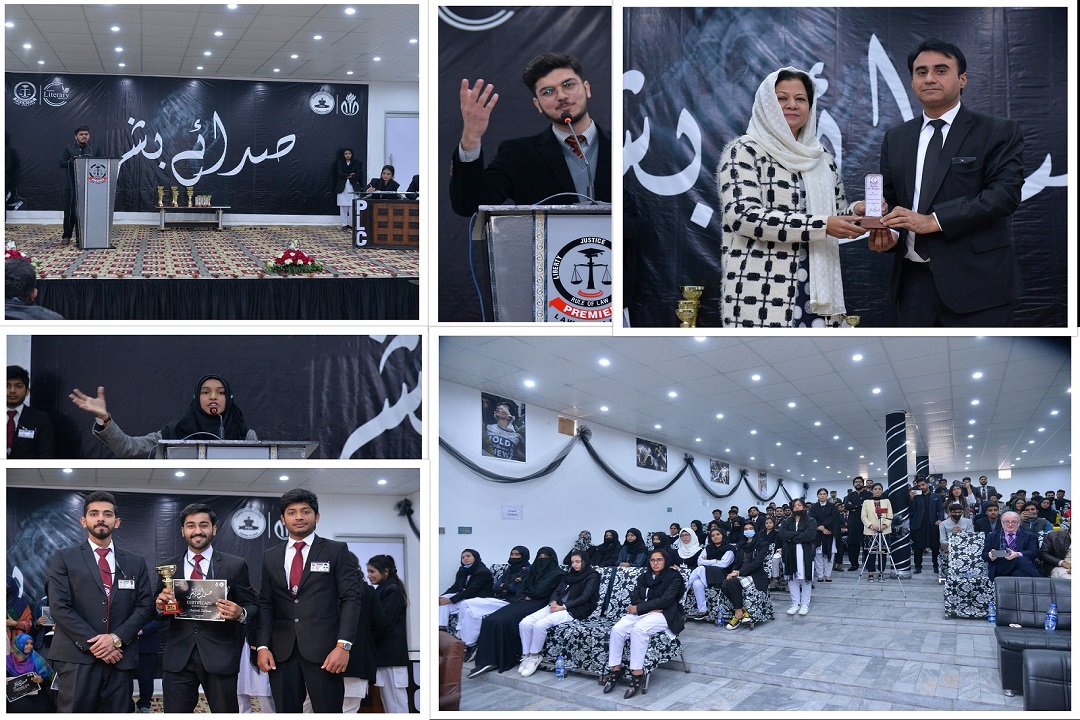 Speaking on this occasion the Chief Adjudicator of speech completion, Head of Urdu Department, Govt. Post Graduate College for Women, Professor Lalarukh Bukhari emphasized on the role of women in the development of human civilization, from the lives of hunters to cities and states. Director of Premier Law College, Mr. Saleem Shaheen, on the virtue of this occasions, urged the speakers to promote humanity without sectional divides.

All the three winners in both categories were awarded with cash prizes, merit certificates and trophies.