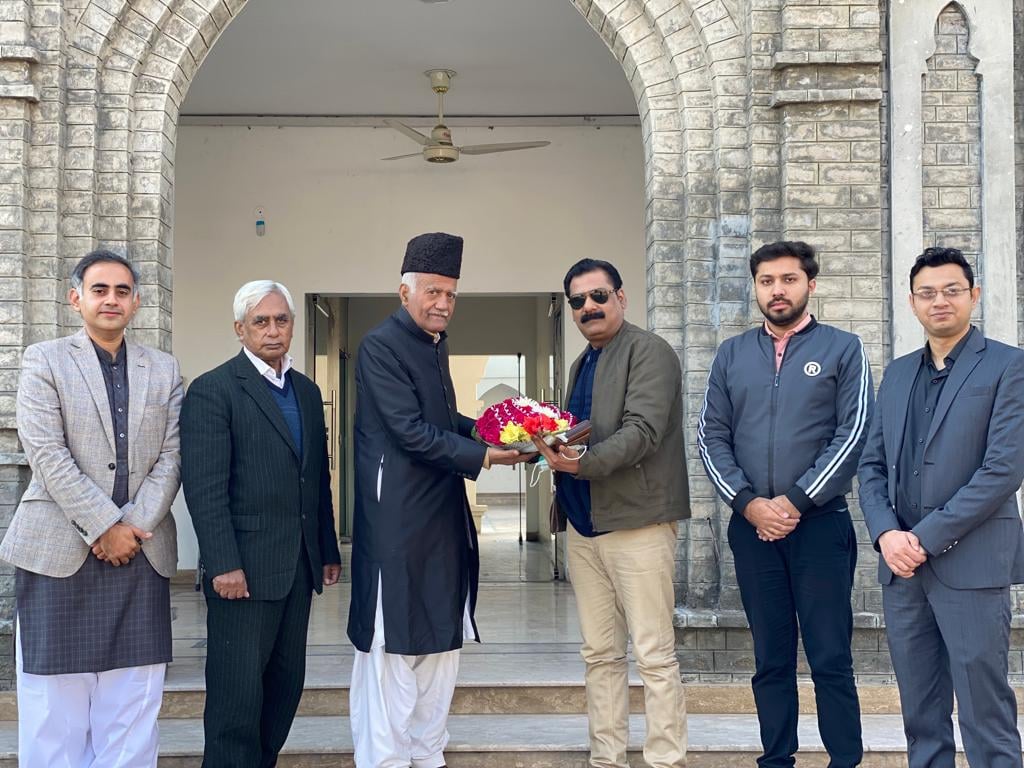 Gujranwala: Premier Law College keeping its values and traditions intact, hosted Senior Broadcast Journalist, Mr. Ahmer Sohail Basra for delivering a lecture on ‘How to identify a Propaganda against Authentic Information.’ Addressing to the students Mr. Ahmer urged students to never believe in everything they read on social media or even which is presented by electronic media. Instead, he advised them to always conduct research before making any conviction on a certain subject.

Mr. Ahmer was backed by Vice Principal, Premier Law College, Mr. Anwar Saeed Nagra, who advised the students to always be responsible with their beliefs and ideologies, so as to never show any bias towards anyone under the impression of a certain news or information. At the conclusion of the lecture, Mr. Nagra presented a Memorandum of Gratitude to the Mr. Ahmer for sharing his knowledge with the students.